Has “ethical policing” become an oxymoron? Maybe it’s time to hit the reset button with these 9 principles from the 1800s 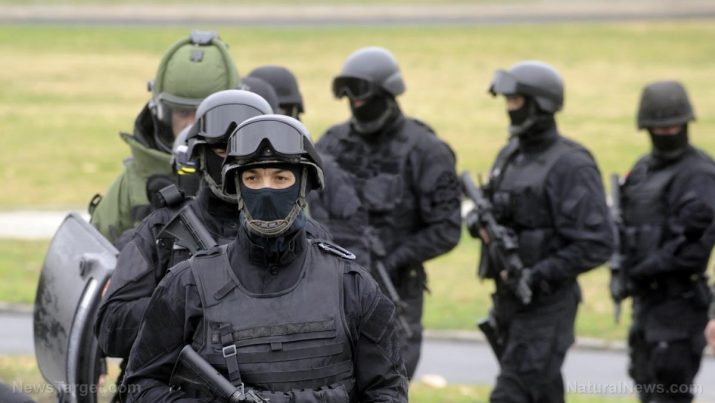 As police brutality continues to make headlines, people are losing faith in law enforcement and mistrust is growing. There are certainly many good police officers out there, men and women who are decent people that just want to protect others and make our streets safer. However, there are also some overzealous police who abuse their power, beating and killing people without provocation, and these officers give the entire force a bad name.

It wasn’t always this way, however. In fact, when the concept of policing first started out, the rules of engagement were very different. Take, for example, the nine principles of ethical policing as outlined by Sir Robert Peel in 1829 in the U.K. The two-time British prime minister was known for reorganizing the policing of London, something that changed society dramatically.

His famous principles were the focus of a recent piece on Waking Times by Isaac Davis, who points out that a return to these ideas could help heal the country.

The second principle is an interesting one:

“To recognize always that the power of the police to fulfil their functions and duties is dependent on public approval of their existence, actions and behavior, and on their ability to secure and maintain public respect.”

It makes perfect sense, really, so why do so many officers seem determined to try to command respect by force and intimidation rather than by behaving in ways that the people will naturally respect? It becomes a never-ending cycle of police bullying and mistrust on the part of the people that isn’t productive for anyone involved.

The sixth principle is also worth a closer look:

“To use physical force only when the exercise of persuasion, advice and warning is found to be insufficient to obtain public co-operation to an extent necessary to secure observance of law or to restore order, and to use only the minimum degree of physical force which is necessary on any particular occasion for achieving a police objective.”

It seems like it would be a given that police would use physical force solely as a last resort, and even then, only to the degree needed to reach their objective. Yet nearly every newspaper in the country is filled with examples of police doing the opposite.

For example, NYPD officers beat an 84-year-old man into unconsciousness in 2014. He woke up with blood streaming down his face and handcuffs on, all for the very dangerous crime of jaywalking!

In 2011, a 17-year-old handicapped boy was pepper sprayed, tazed and beaten for showing officers “disrespect” – which turned out to be nothing more than a poor interpretation on the part of the officers of his way of talking due to a speech impediment.

There was also the Ferguson case in which a police officer killed an unarmed 18-year-old boy, Michael Brown, following a confrontation, and countless other cases just like it.

“To recognize always that the test of police efficiency is the absence of crime and disorder, and not the visible evidence of police action in dealing with them.”

It appears that every police force in the nation is failing this test. Perhaps by following the other eight principles, we can get a lot closer to achieving the ninth one as well.