Liberals want to raise the rifle purchase age to 21, but what’s the “appropriate” age for privacy, speech, and abortion rights? 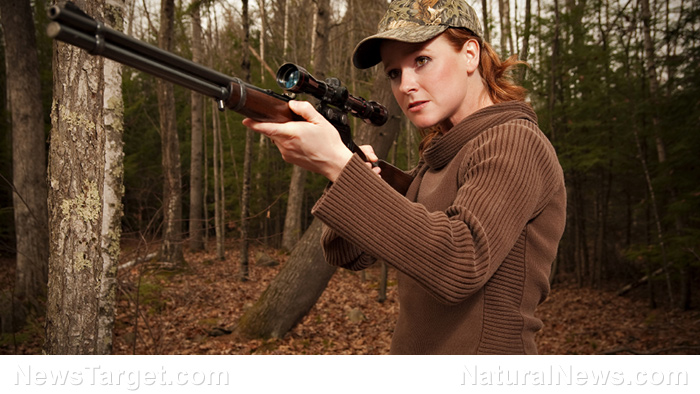 The insane Left-wing commentariat is now talking about how vitally important it is for all Americans to ‘listen to the young people’ who survived the most recent school shooting in southern Florida.

Why? Well because they’ve got some really keen insights on gun violence and public safety now that they’ve gone through a deadly and, admittedly, horrific incident.

That’s like saying because I experienced fear and death doing route clearance with my National Guard unit in Afghanistan for a year I should be in charge of the Pentagon and all U.S. military strategy. Such insights I have!

Of course, these idiots in the American Pravda media are just using these kids — preying on them, really — to exploit their anti-Second Amendment, gun-control agenda. Anyone who disagrees with that is not being realistic.

Because when the Left-wing commentariat and “journalists” aren’t touting the ‘maturity, wisdom, and insight’ of these teenagers, they’re trying to limit their rights. Specifically, their gun rights.

Now, I don’t have any recent data on how popular the Second Amendment is with the younger generation, but I suspect it varies widely by region, upbringing, family culture, etc. Kids from the Midwest who hunt and whose parents have guns in the house are generally a lot more prone to advocate for gun rights than kids who grow up in big cities and are never around them.

But that doesn’t matter; the Second Amendment is a right, it’s not a requirement. And yet many on the Left who are praising today’s Florida shooting survivors are at the same time trying to take away their God-given right to self-defense.

Within days — hours? — of the Florida shootings, Sen. Dianne Feinstein, Marxist-California, one of Congress’ most ardent anti-gun-rights advocates announced she would be introducing legislation that would raise the ‘legal age’ to buy a rifle from 18 to 21.

“Under current law, licensed gun dealers cannot sell a handgun to anyone under 21, but they are allowed to sell assault rifles like the AR-15 to anyone over 18,” she said. “This policy is dangerous and makes absolutely no sense.”

Of course not. But giving a real assault rifle to an 18-year-old military recruit does make sense, right?

And by the way, I don’t accept the premise that we should allow 18-year-olds to serve our country but not be “allowed” to buy a pistol. That’s what doesn’t make sense.

Since we’re on the subject of age restrictions for constitutional rights, how old should Americans have to be before they’re allowed to enjoy Fourth Amendment privacy protections? Or First Amendment speech, expression, and religious freedoms? Words can hurt!

And we all know Christians are dangerous; just ask that blithering idiot Joy Behar.

How about abortion? I’m still confused as to how the Supreme Court of 1972 could find a “constitutional right” to kill unborn children but they did — that said, how many of these same Leftie hypocrites in the Pravda media would support a “woman’s right to choose” but only after she turns 21?

Wait, here’s one. The Fourteenth Amendment’s anti-discrimination protections should be “subject to reasonable restrictions” and only after a person turns 21. And we all know that the right to trial-by-jury (Sixth Amendment) “is dangerous,” “doesn’t make sense,” and should be restricted through “common-sense” legislation.

Look, I’m not trying to diminish in any way the horrible experience the kids in Florida just went through; it’s not a normal thing to have to deal with as a young person (although it has become much more common than it was a half-century ago). But to suggest that the answer to this issue is to place further restrictions on a constitutional right based on the very emotional pleas of a small group of teenagers just isn’t a serious proposal.

J.D. Heyes is editor of The National Sentinel and a senior writer for Natural News and News Target.