EYE OF SAURON: Soon Facebook will offer a creepy reconnaissance robot that can record and post your every move 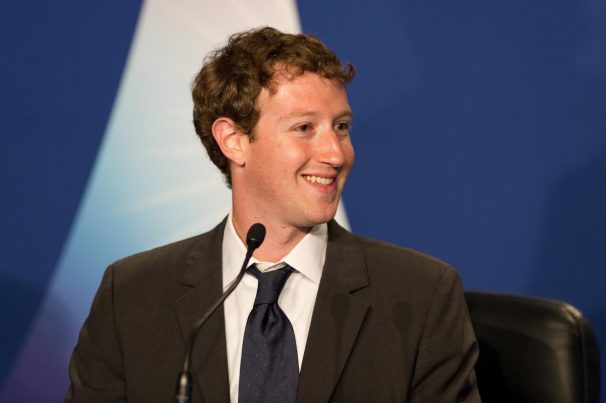 Not to be outdone by Amazon with its highly invasive “Alexa” spy tool, social media giant Facebook has reportedly filed a patent with the United States Patent and Trademark Office for a self-balancing robot that could one day follow Facebook users around their homes and workplaces and take photos, capture video, and monitor other activities in order to instantly publish status updates to social media without users having to do so themselves.

Filed on March 6, 2018, by a Facebook employee who used to work at a telepresence robotics company, the patent reveals how the robot will work, complete with pictures of its Segway-like design as it rolls about and transitions back and forth between two- or three-wheel functionality, depending on the terrain.

The futuristic robot device comes with a screen, camera, and microphone, which are capable of capturing everything that a Facebook user might be doing at any given moment. Whether it’s cooking a meal, putting on makeup, watching television, or even perusing Facebook itself, the Facebook robot will have the capacity to capture it all and upload it directly to Facebook, Messenger, WhatsApp, Instagram, as well as whatever other Facebook-owned apps a user might have.

When asked by CNN about the full capacity of the Facebook robot, Facebook did not immediately respond to a request for comment. But knowing that Facebook Messenger already has video call functionality as of 2015, it’s probable that the robot has the potential to act like a shadow paparazzi to Facebook users, following them around everywhere they go and recording everything that happens in their lives for instant publishing to their social media accounts.

No longer will Facebook users have to hold up their phones to take “selfies,” snap pics of every meal they eat, or even share political articles using their own hands. The Facebook robot would hypothetically take care of all of this without a second thought, completely eliminating the need for cognizant social media use by actual human beings in the potentially very near future.

Though it still remains in its patent phase, which means it may not ever actually become a reality, the Facebook robot technology is already being utilized by other companies in Silicon Valley such as Mayfield Robotics, which is currently accepting pre-orders for a household robot known as “Kuri” that follows people around their homes and takes “candid videos” of them – all for low, low price of just $899 a pop.

It’s all just the latest form of privacy invasion for the technocracy in Northern California that’s pushing for total access to the private lives of ordinary citizens. Facebook is obviously part of this agenda, having recently been caught for secretly and illicitly collecting private call logs of Facebook users with Android phones.

“Facebook is about capturing and telling stories,” stated Christopher Atkeson, a robotics professor at Carnegie Mellon University, to CNN about the “benefits” of a Facebook robot. Atkeson is outspoken in his support of people having multiple Facebook robots in their possession, which he says could attend amateur sporting events, for instance, and capture audio and video for livestreams directly to people’s Facebook accounts.

“Automated cameramen and sports commentators will play an important part in increasing people’s ability to capture and tell stories. Imagine being a proud parent, coach, or player, and being able to televise high school sports.”

To keep up with the latest news on how robots are taking over society and embedding themselves into people’s private lives, check out AISystems.news.